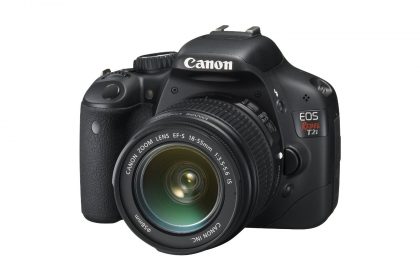 A Review Of The Canon EOS Rebel T2i

I know you may be thinking, “T2i? But we’re already up to the T5i! You’re way behind on this, dude!” Hey, I don’t entirely disagree with you, but there’s a reason I’m featuring this camera today.

First of all, while a case can and has been made for other brands of camera, I consider myself strictly a Canon guy. If I can swing it, I always work with Canons. Secondly, you may notice that as of this posting, Joint Custody Productions is still a small studio – and this blog is geared toward that audience. Therefore, budget is a big deal. Sure, the T5i, 60D and others like it are not super expensive either, but I’ve nonetheless decided to stick with the tried and true, as well as what I know.

And that would be the T2i.

Our studio purchased this camera roughly a year ago. We got an extra battery because we knew we’d need it (in fact, we bought a little Vaultz box from Office Depot to put all of our camera pieces into and for carrying – we plan to do that for all cameras we get), and added two lenses – the Canon EF-S 18-55mm f/3.5-5.6 IS II SLR Lens

(which is pretty much standard) and the Canon EF 50mm f/1.8 II Standard AutoFocus Lens

. I’m not going to lie to you – I know little about lenses. One of our trusted friends suggested we get the latter of the two as a second lens since our kit at the time was so small. I highly recommend the same.

. No joke – make sure they’re at least Class 10 so they can handle the speed with which they will be storing video. Anything less and you’ll have stuttering video. You don’t want that.

Now, before I get going on how this worked for us, let me drop some specs:

I know you can go ahead and read this on the linked pages but I wanted to make sure I put them here anyway. There are nonetheless three important things that I think are worth mentioning with this camera that pretty much touch upon the above:

1. Full HD 1920 x 1080 is something that you really can’t live without these days. I’ll get into a little why that is below, but suffice to say you’re going to want this. What a camera like this can do at its price point that a camcorder can’t is offer you the ability to change lenses like a pro. Mind you, you should still have those camcorders in your arsenal (you’ll need them) but if you’re going for a pro look and some really beautiful focus with the option to try out many lenses, this is the kind of thing you’ll want to go for. In theory, the T2i can shoot between 10-15 minutes of video at a time without stopping. This is primarily because they can heat up. Personally, I’ve never experienced this but I know those who have. It’s particularly an issue on a hot day in the sun. Be mindful of that. As for the 1920×1080 ability, I love this not for the fact that I can get 1080p resolution if I want to, but for the fact that I can do a lot of great editing at 720p with 1080p as my source. I’ll have a blog for that in the near future! Stay tuned!

2. If you compare the above bullet point specs to the T3i, T4i and T5i, there’s honestly not a whole heck of a lot more that those give you that this model doesn’t, aside from the pop out and swivel viewscreen. (I’ve included the T3i in my links below for that reason – that will likely be our next camera). My thinking is, why pay a lot more for a more recent camera that does pretty much the same thing? If you’re looking to stay current on these models and want the latest for that reason, be my guest. But keep in mind that Canon has shot out the T4i and T5i in rapid succession – if you’re trying to keep up, be aware the T6i is likely to come out the moment you buy the T5i. My personal opinion is to never pay more for a camera (or any piece of equipment really) just for that reason. Hardware is not software. Food for thought.

3. One big drawback that isn’t really mentioned above – the internal microphone. I have had friends who say they love the internal mic. I’ve had friends who say they don’t like it. Personally, I hate it. I’m a sound buff – sound has been a big part of my living for a long time – and as a sound buff I don’t like that the mic picks up the mechanical workings of the camera consistently. It’s fantastic as a reference mic – it picks up well – but I wouldn’t use it as my “go-to”. I use a Zoom H4n and other associated microphones (usually with a boom or clip) for that (see our related post on that here). While you can easily mount a good mic on it, we’ve never done that, but I have friends who have and love doing so. From what they tell me, they never have problems with unwanted mechanical camera noises when they do that.

So how well does it work and how do we like it?

Let me start with the construction. The camera is heavy enough to feel “professional”, and yet is light enough to use easily without feeling like you’re lugging something heavy around. It has a plastic casing, so I would do everything in your power to keep from dropping it (though you really shouldn’t be dropping cameras anyway…). Personally, I like how the camera fits in my hand – it just feels natural. And it has rubber grip in the places you need it most (mainly your shutter hand at the fingers and thumb).

Programming (ie: customized settings etc) is not super easy. In my opinion I didn’t think it was user-intuitive at all. That being said, however, I’ve always been more of a camcorder guy, not so much a camera guy. I suspect that if you’ve used actual cameras before, this will make much more sense to you. Still, it didn’t take me long to learn it. I understood the concepts of what I wanted to do fine – I just had to figure out how to do it with the camera itself. After some time with the menus I was able to sort it all out, but it may not be incredibly simple for everyone. Regardless, the camera will do just about everything you want it to – including custom white balance (a biggy for me since I do color correction in post and white balancing just makes my life easier) and easy ISO control. I also have to say that when setting up my shots, I love the fact that I can zoom in really tight to ensure that my focus is perfect on my subject.

Battery life is pretty good. I can’t give you a solid number because it really does vary depending on what you’re doing, but I will say that I’ve never run into a situation where I wish I had three batteries on standby. All I’ve ever needed is the two. With that in mind, always make sure you have a backup battery charged and ready to go.

And finally, how does it look? You can go anywhere on the web for examples, but luckily I have some of our own above.

That should just about sum it up. Please leave comments below if you have questions or if you want to share your experience with the T2i or any of the rest of the Canon EOS Rebel family. 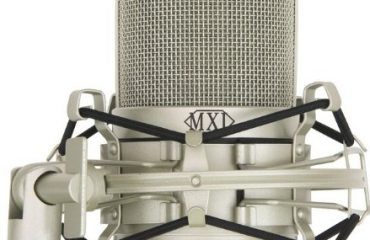 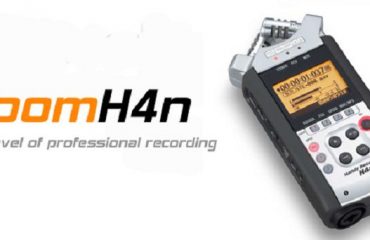 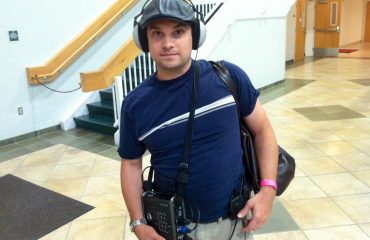