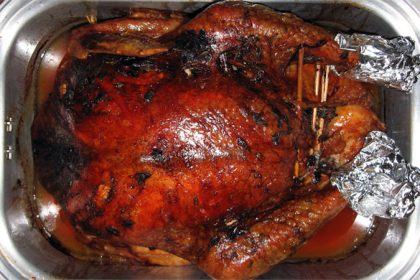 The Importance Of Video For Small Businesses And Their Websites


I was never a big fan of Thanksgiving growing up. I always thought it was one of the more boring holidays. I mean, it’s right in between Halloween and Christmas, two of the best holidays ever invented. But it’s nothing like them – at least not in the good ways. You get all the glum-drum dead-tree boring colors of Halloween but none of the candy; all the cheek-pinching Christmas annoyance of family you rarely ever see but none of the presents. It’s just food. Lots and lots of food – the kind you don’t like (as a kid, anyway).

Now, however, I see Thanksgiving in a completely different light. It’s no longer this boring day that sucks up my life, serves me squash (ew) and – dare I say it – drones on and on about the Cowboys and Lions (wouldn’t it be more apt if it was all about the Cowboys and Redskins… in the least). It’s something else entirely.

My wife and I are both from Upstate New York. She’s from Syracuse and I’m from “Almost-Canada” (my friends say “oat” instead of “out” – it’s that close). Though we met here in Nashville, the fact of the matter is that neither one of us has much in the way of family down here. As it turns out, many of our friends share the same experience – they’re transplants, so they don’t have much for family here either. Oh, you may think I’m about to tell a sad story, but I’m not – most of us get to see our respective families during Christmas, so it’s not all bad. That being said, however, the very fact that we get to do so typically means we don’t also have the time nor the money to see them during Thanksgiving.

So we came up with something else instead: a little thing we like to call “Straysgiving.” Actually, I like to call it that. Emily – my wife – would prefer to call it “Strays Thanksgiving,” but I don’t know why. I hate adding syllables when you don’t need them and I tend to like to be all cutesie about my word combinations. Nonetheless, Straysgiving is a tradition among our friends, started sometime (I’m guessing around Thanksgiving) in 2008 or so. All of our family-less friends get together at one of our houses (the house in question is chosen via rotation – we all take turns hosting), make dinner together, share the dinner together, laugh, love, drink, and probably get a little loud.

It’s one of my favorite times of the year!

But I can understand how it may not make a lot of sense. What does something like this look like? Not a lot of kids (if any), no adults (over 40 or so) – just a bunch of thirty-somethings hanging out and thinking they can make mashed potatoes. (I’ll let you in on a secret: they can’t). I suppose it’s hard to picture. It doesn’t look nor feel much like a traditional Thanksgiving. Though, I suppose if it did, we wouldn’t have renamed it.

The thing is, I could sit here and tell you all about it, typing until my fingers were blue in the finger-face. I could take pictures and put them online for you to see. I could even wax poetic about the benefits of a coming-together such as this, particularly for young people that are in our age group, experiencing the same things we’re experiencing, but I still don’t really think anyone would get it. Not in a way that we could sell you on the idea, anyway.

Ah, but if I were to take video of the event, that would really change things, wouldn’t it? I could invite you into the festivities, make you feel like you’re sitting right at the table with us. You could laugh when we use the wrong kind of milk for pumpkin pie (so wrong that I generalized because I still don’t know what milk to use). You could get a wonderful tour of the “grounds”, so to speak – see the guys watching football in the living room while the girls make the food in the kitchen (not because we think that’s right, but because we aren’t allowed in there – you know, the whole mashed potato thing…) I could even film testimonials from the attendees, let them talk about why they love doing this every year, how they can’t wait for the next one that they are hosting, and how they highly recommend that others join us!

Wouldn’t that be something? With a video, I could invite people into the experience, immerse them in the joy of the event and let viewers see and hear exactly what those who attended actually think about it. And before you know it, many of our other friends would want to come too! And for those who had no idea what it was I was talking about, they’d have a very clear, moving, visual understanding of who we are and what it is we do.

That’s a whole lot more than a picture and a few words will do. And I can’t tell you how much of a shame it is that so few small businesses take advantage of this medium. Especially those who have an incredibly difficult time explaining what they do with words, pictures, and – in some cases – charts.

So, next time you’re cutting the turkey, the can-shaped cranberry sauce and – inevitably – the cheese, think about how you could be sharing (and showing) what your business does with the people who are already out there trying to find you. Don’t let them pass on all the great benefits you have to offer them because they didn’t truly get to see, hear or feel what they are.

I’ve heard it said that video is just a bunch of moving pictures. Well, I tend to agree.

They can be very moving, indeed. 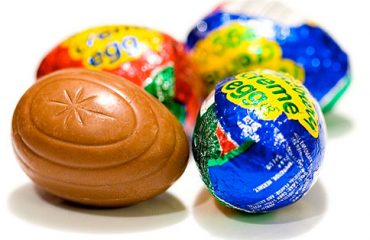 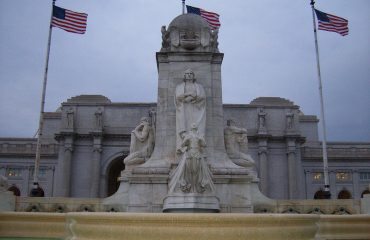 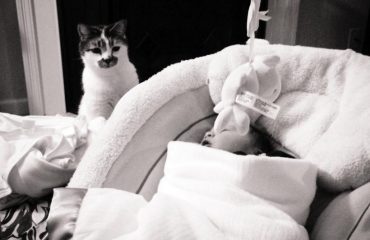 Business Is Your Baby