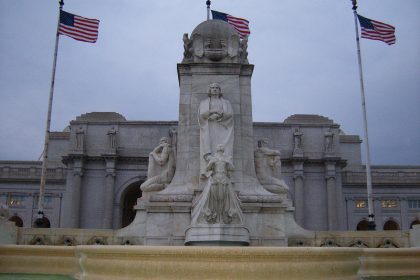 Would Christopher Columbus Have Still Discovered America if He Had Used Google?

We all know the story. “In fourteen-hundred ninety-two, Columbus sailed the ocean blue.” The rest is history. Good ol’ Christopher Columbus arrived in the Bahamas, thus “discovering America”, as we like to say, opening this New World to colonization from the Old. But Chris hadn’t been sailing out on the Atlantic with the intention of finding any “New World” to colonize – he had actually intended to find a new way to India by sailing around the opposite side of the world.

Oh… you already knew that, too.

So then of course you are well aware of the fact that Columbus, having assumed he’d hit land somewhere within the Indian Ocean, referred to the natives of this New World as “Indians“. It didn’t matter that he soon realized his mistake – the name stuck and, in many ways, still sticks to this day.

But what if America (and India, for that matter) had had a fantastic website, properly programmed with the most useful and identifiable keywords, easily discoverable via a search engine like Google or Yahoo? In that case, perhaps Columbus wouldn’t have mislabeled the natives of this land – he would have known exactly who they were. In fact, he may not have even landed on America at all – he would have simply targeted his search by typing in something like “alternate routes to India by sea” or, perhaps, just typed in “India” or “that place with the weird-sounding guitar-like instrument”. If India’s website and Search Engine Optimization (SEO) were efficiently programmed and current, surely it would have given him not only an address, but various routes by which he could reach it, including alternate routes by sea. And information about the best tourist areas, of course.

Columbus never would have gone to America because that wasn’t what he was looking for. America would have properly targeted its keywords at people searching for “Native Americans“, “lush gold deposits”, “tropical locales” or, perhaps “time-share vacation resorts” and “retirement communities”. Instead, Christopher would have found India, would have landed right on it, because that’s what he wanted.

I know what you’re thinking: “Okay, Ender, we get it – in order to reach our target customers and any potential customers that are looking for exactly the services we offer, not only do we need an amazingly-developed website, we need well-programmed search optimization keywords so that those people can properly find us on the internet.” Yeah, actually… that’s exactly what I’m saying. So what’s the problem? “The problem is, why is it a bad thing if people looking for something else happen to land on our website? Couldn’t that be good for us, too?”

Not really, actually. If your website is not properly programmed with all the right keywords, you will find that far more than half of the people who land on your site are looking for something else. As a result, they’ll leave almost immediately and never come back, and you’ll never convert those visitors into dollar signs. Conversely, if you’ve programmed everything well and even offer useful content that your customers will keep coming back for, most of your visitors will be your target audience and most of those will convert into dollars for you. Sure, you may get a few visitors from time to time that hadn’t intended to land on your page, but since those people weren’t looking for you, they won’t likely turn into conversions anyway. You want most of your visitors to be people looking for you or what you offer.

In fact, if you haven’t programmed your website well enough for your potential customers to find you, your competition likely has. So when those people are looking for those great services you offer, they’re actually finding someone else to provide them. Someone else is getting those conversions instead of you!

The point I’m trying to make is that a simple one-page website that merely announces your presence on the web isn’t good enough. In many ways, it even defeats the purpose. But you can’t ignore the internet, either. Television commercials and magazine ads may still bring in potential customers, but you can’t really target your audience that way – those ads just appear randomly, most of the time for people who aren’t even interested in, or don’t even need, the things you’re offering. But the internet is full of people searching for what you have to offer them every day! In essence, they are looking for you! And you should make it as easy as possible for them to find you!

After all, you don’t want your potential customers landing on some other rock, do you? 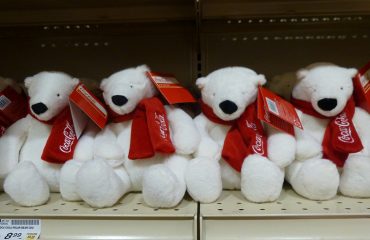 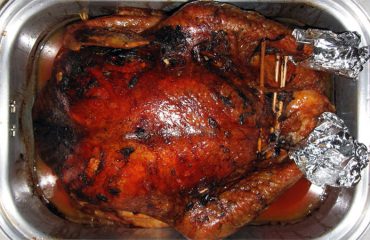